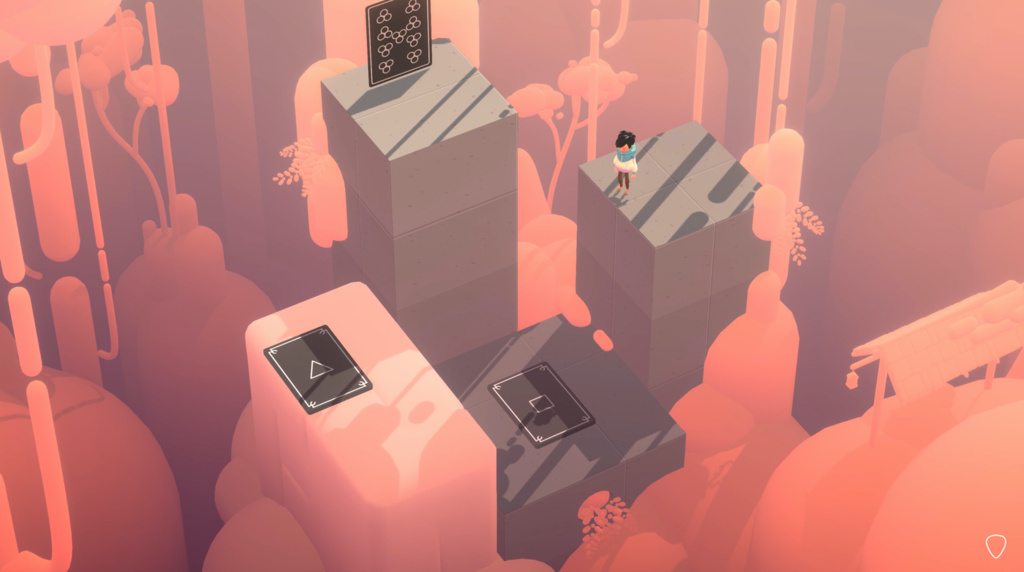 Staking your future on a house of cards may not seem like the best idea for a career. And yet, Sam Rosenthal dealt himself a winning hand with his studio’s game, Where Cards Fall — one more than nine years in the making. “Where Cards Fall was a labor of love for the better part of my life,” he says. Originating as a student project while Rosenthal attended USC, the game evolved over years of late-night coffee shop sessions into a 2020 Apple Design Award winner.

“We wouldn’t let [Where Cards Fall] go,” he says. “We had confidence that we were making something special and different and interesting.” Despite early rejections from publishers, Rosenthal and his collaborators cut through a deck stacked against them to make the kind of game they wanted to see more of in the world. 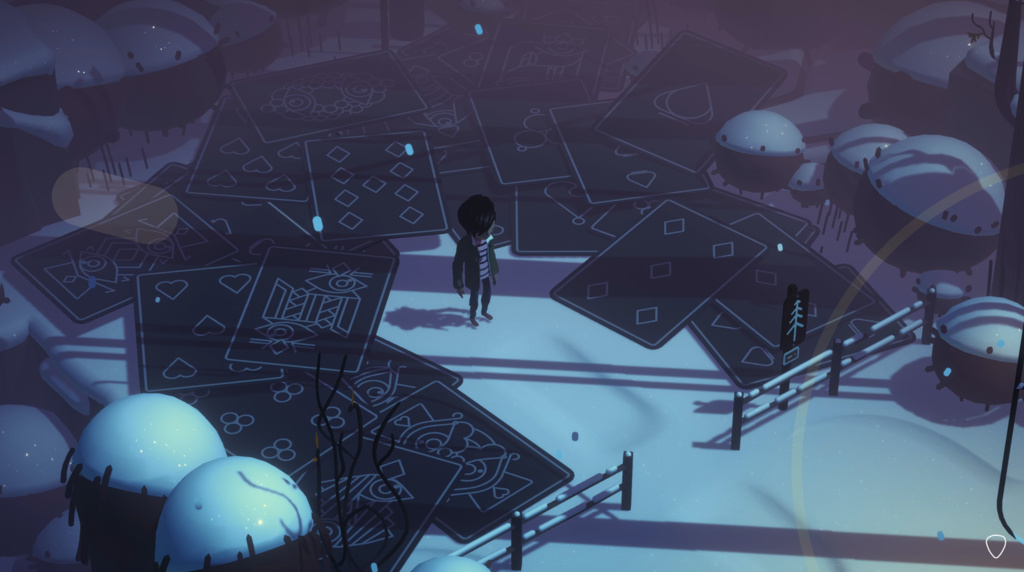 Growing up, Rosenthal had an early passion for games and game design. But he found little he could share with his friends or family, who weren’t as interested in the medium. “There weren’t many experiences that they could really relate to,” he says. So Rosenthal set out to create some. In college, he dreamed up the idea for Where Cards Fall — a story about growing up and “the messiness of life” — while listening to Radiohead’s “House of Cards.”

The game mechanics are intentionally simple, using common system gestures on each platform to explore the story and its card-based puzzles. It’s both a core part of Where Cards Fall and the founding principle of Rosenthal’s studio The Game Band: Make beautiful games that resonate with the world. 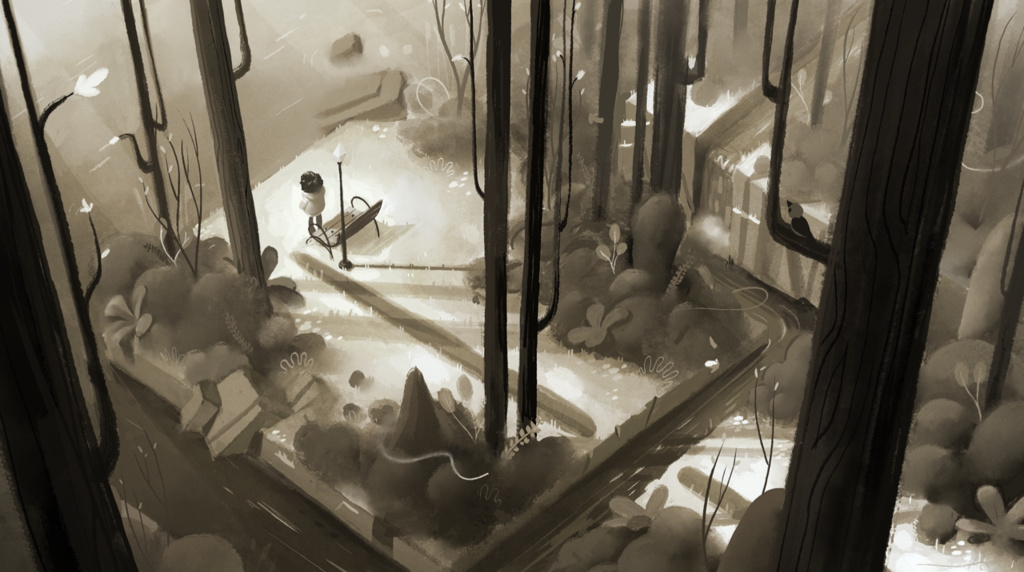 “We’re creating these little boxes of exploration for people,” Rosenthal says. “Little places for them to discover something that might delight them, or might teach them something about themselves.” In Where Cards Fall, people explore the memories of the protagonist, an aspiring architect. Those memories are wordlessly described through sound, music, and exquisitely crafted 3D spaces, along with the game’s eponymous cards — which provide glimpses into the past as you build them into structures, doorways, reconstructed spaces, and bridges.

The game’s architectural motif, in many ways, illustrates Rosenthal’s entire philosophy around game design, which he describes an invisible art. “When you go into a beautifully designed building, the way that you navigate through the space is not an accident,” he says. Game design, too, provides the player with that structure — giving them the framework to experience feelings, ideas, and interactions within a living story.

Often the invisible arts are the ones that affect us the most, or they just change our perception.

When crafting the mechanics and design of Where Cards Fall, Rosenthal and his team took inspiration from both gaming and the larger art world. Games like Portal, The Witness, and the Zelda series helped the studio as they explored onboarding, pacing, and the game’s puzzle structure, while Inside and Journey brought the team new ideas on crafting an “unforgettable atmosphere.” 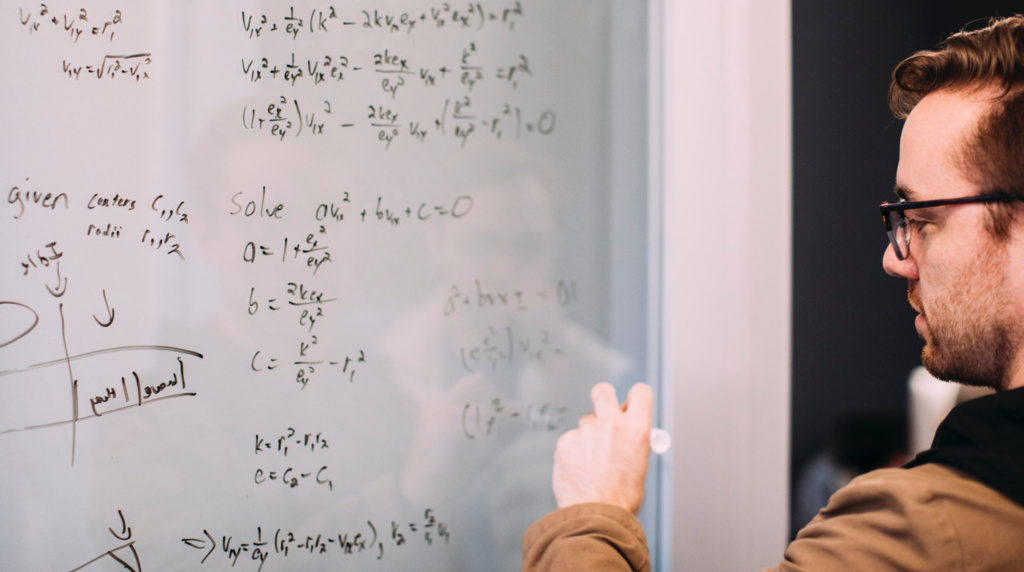 Art director Joshua Harvey designed the game’s moody, moving artwork, which is partially influenced by the Bauhaus movement — a celebration of the mathematical underpinning in shapes and lines. The art is designed to work in tandem with the game’s interface, blending everything together to create the perfect atmosphere while still providing helpful guidance for the player.

“We often think of UI as this separate layer on top of the game’s art style, but a successful art style is simultaneously beautiful and functional,” Rosenthal says. In Where Cards Fall, the grass nibs in the forest and the tiles in the city are specifically arranged to help the player see the grid for planning their structures, while the brickwork on the sides of certain platforms provides subtle cues to help players discern heights. 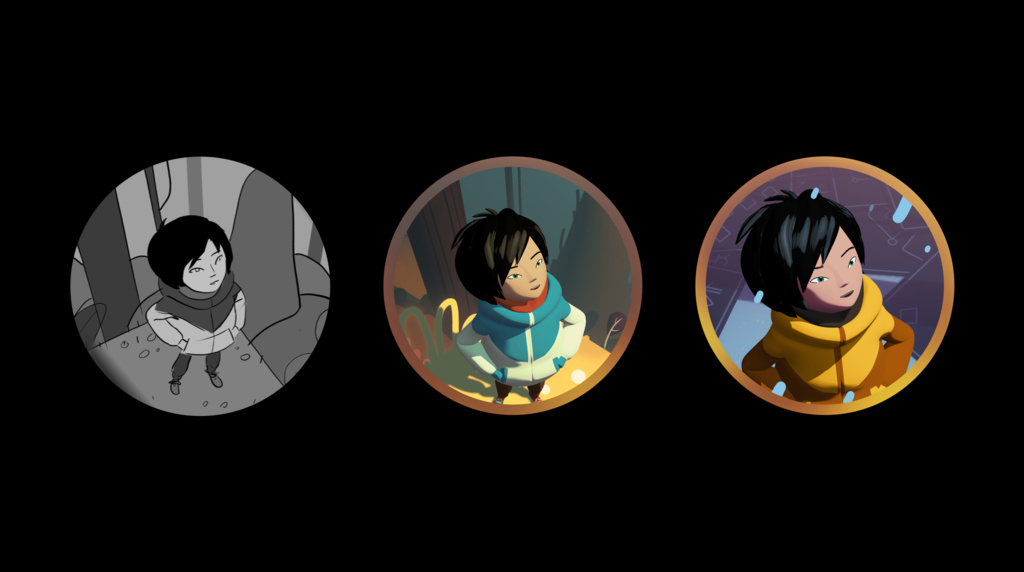 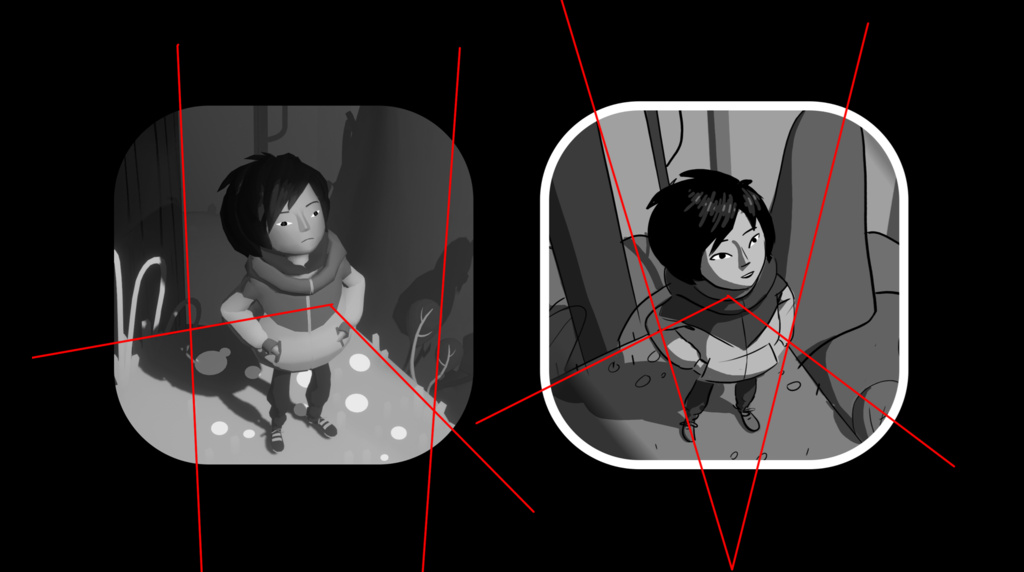 The game’s icon further stylizes the protagonist of Where Cards Fall during the story’s present-day winter forest. “It’s not somebody that is lost in the past, but somebody that maybe has learned from what happened, has reflected, and is looking towards what could be,” says Rosenthal.

The game’s hand-drawn aesthetic also ties back into the main character’s interest in art and architecture. “Drawing is [their] way of processing the world and imagining what it could be,” Rosenthal says. “It gives the player a stronger connection to the protagonist and the passion that drives them.”

Despite the many influences the team drew upon to craft *Where Cards Fall, the game has its own unique style and tone, in part due to the work they put in to stay aligned across game mechanics, sound, music, and art design. “We found it crucial to create a set of internal rules so that we could stay cohesive,” Rosenthal says.

The cards and their puzzles were a big part of creating these guidelines. “I originally thought big, sprawling puzzles would be intriguing, but quickly realized that smaller ones created the most interesting challenges,” he explains. “Once I had an overarching style, I began to develop smaller rules: A pile of cards should be used in at least two different places, otherwise it feels extraneous. And players should never have to restart a puzzle, since that discourages experimentation.” 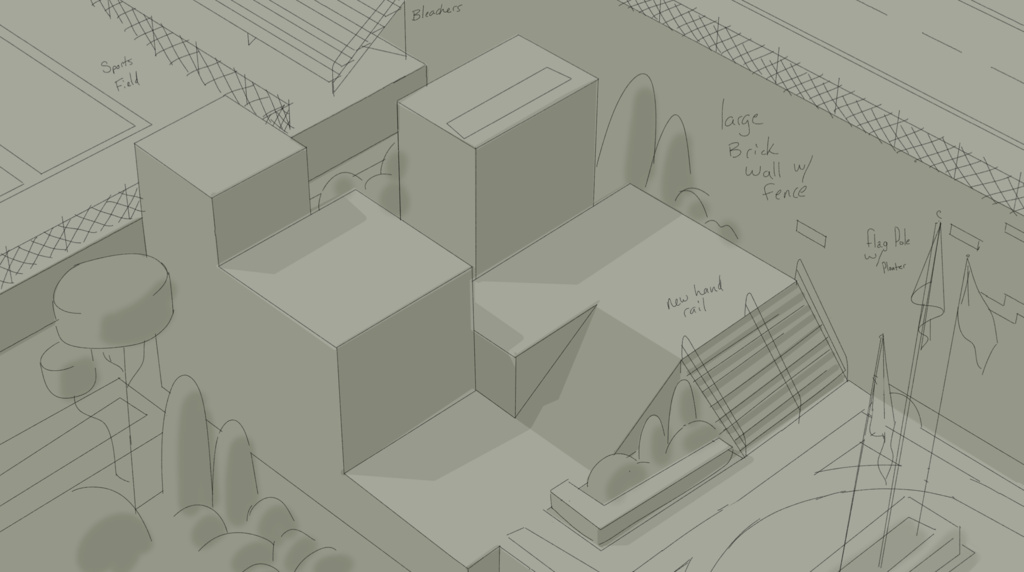 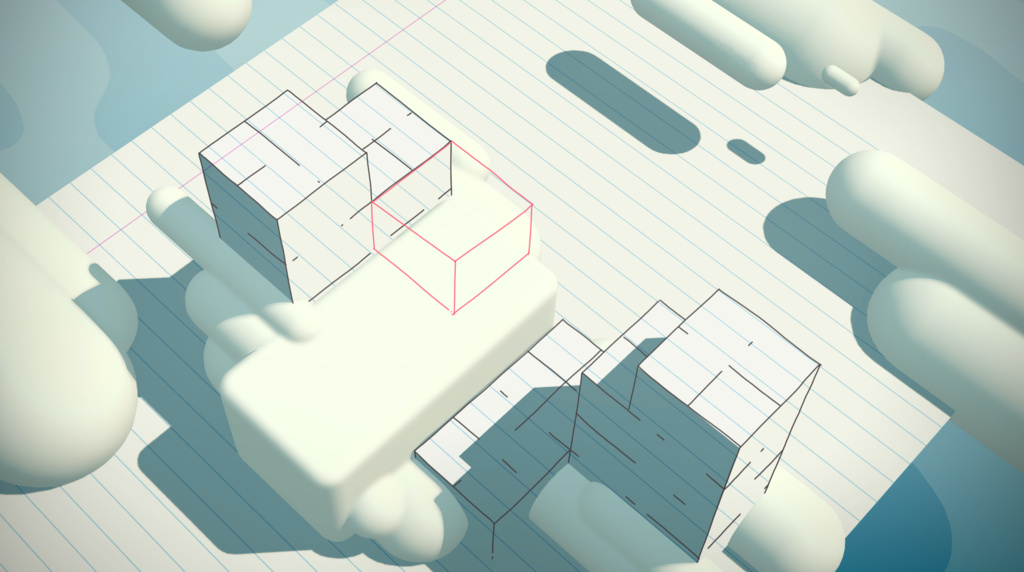 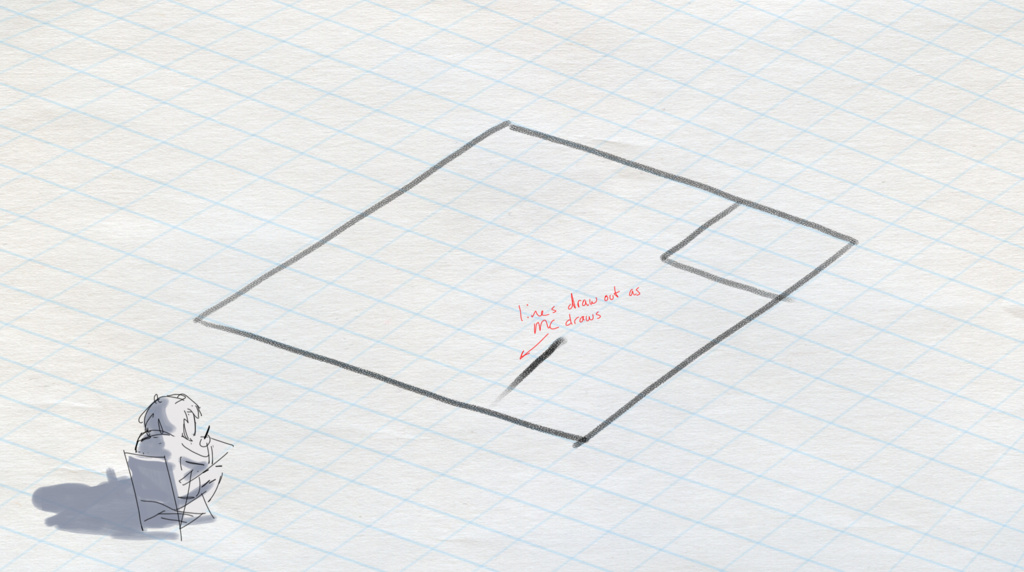 The card interactions themselves went through multiple revisions during the game’s development. The team used a physical deck to experiment with the physics and interaction of card-based structures, exploring both single-card draws and a multi-card spread — the latter of which became the game’s core mechanic. (It even had precedent within iOS: At the time, the Photos app allowed people to skeuomorphically splay their images from a stack with a pinch and spread gesture.)

“Players tend to interact with the platforms in the ways that they’re used to, especially if they don’t play many games,” Rosenthal says. They followed that same philosophy when moving Where Cards Fall over to Mac and Apple TV, identifying platform-specific gestures that would be easy for a player to adopt.

One downside of platform-specific adaptation: the player needs to relearn how to interact with the game. Fortunately, Rosenthal and his team had thought through an excellent tutorial and gameplay system. They created a hand-drawn overlay to animate paths, controls, and future actions, and used the main character to physically communicate possible destructive interactions — a shake of the head when attempting to tear down a card structure, for instance. 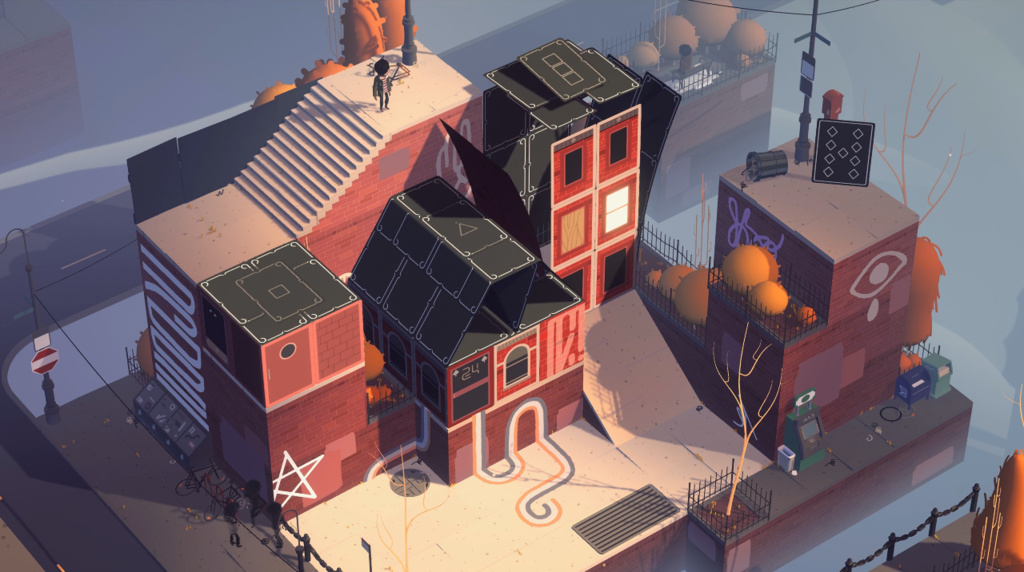 The music and the soundscape provide their own cues as the player works their way through the game. The cards have distinctive, fluttery sounds as they’re built and collapsed — audio director Kristi Knupp purchased stacks of card stock to find the perfect tone — while the background blends the naturalistic and physical noises of the forest and cityscape environments with Torin Borrowdale’s score. “It’s very easy to manipulate people’s emotions with music,” Rosenthal says. “But we wanted the experience to be the main thing that was setting the emotional weight.”

Instead, Where Cards Fall tells its story through the player’s journey. It eschews audible dialogue or on-screen text for similar reasons. “There’s a lot of empty space for reflection,” Rosenthal says — a core theme of the game. 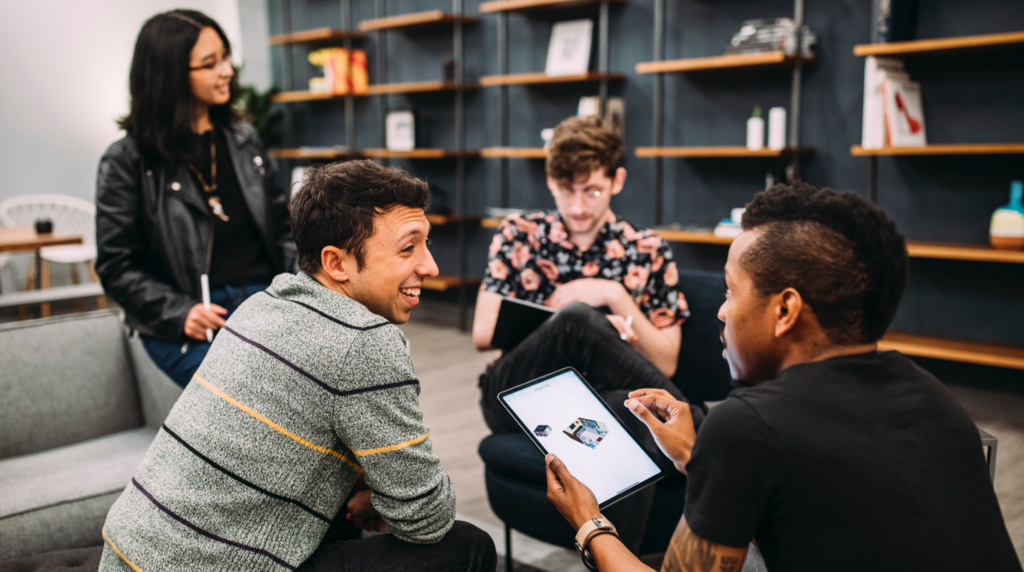 Now, Rosenthal, The Game Band, and their publishing partner Snowman have the opportunity to reflect on winning an Apple Design Award. “It [was] beyond my wildest expectations,” he says. “There are so many different hands that touched it, and every one of them put their personal stamp on it.”

His advice to fellow creators? Find your collaborators and keep going — even when it feels impossible.

And it’s a really, really hard thing to do; to really believe in something, especially when it’s something that’s not obvious. Right? A lot of times when you’re working on something, you know it needs to be out there. You know what its value is. But you’ve got to convince a lot of other people that it’s going to be valuable, especially when it’s in its early stages and is not beautiful yet, but it will be.

Read more about Where Cards Fall on the App Store

Cool MagSafe chargers and cases are ready for iPhone 12